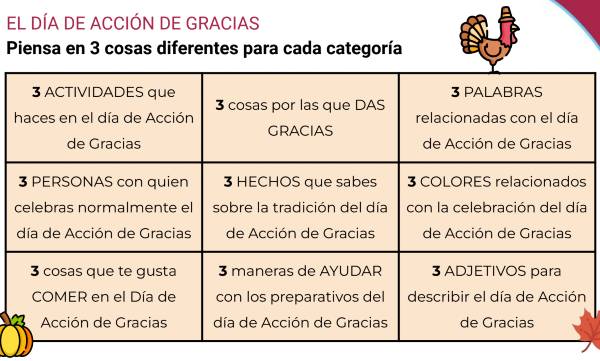 If you teach in the U.S. or Canada, you'll sure want your students to talk about Thanksgiving in the days before the holiday.
El día de Acción de Gracias is celebrated annually on the fourth Thursday of November. In the Spanish-speaking countries? Your students will ask.
Well, not really. But Puerto Rico does celebrate it.
Here are some great Thanksgiving materials you can use in your Spanish class.

Abbey lives in the United States.
Her friend Isabel, in Spain.
Abbey is a Spanish teacher.
She wants to tell her students about how much Spaniards know about Thanksgiving.
She calls Isabel to ask her to film a short video, interviewing people.

Isabel is very shy, and she doesn't really want to do it.
However, she'll remember how brave the Pilgrims were in 1621 when they left their homes looking for a better future, and she'll find the courage to film several real interviews.

The 9-minute video included in this full lesson is perfect to divide it in two blocks, and spend two days working on the warm-up, activities and video.
Your upper intermediate or advanced students will learn key vocabulary about this holiday, and they will listen to real people (no actors) answering questions such as Dime una palabra relacionado con el Día de Acción de Gracias or Si tuvieras que dar las gracias por algo, ¿por qué sería?

What are the tree main colors you think of when you hear the word Thanksgiving?
What are your three favorite things to do during this holiday?
In this free activity (look in the Celebraciones section), your students will answer these kind of questions to engage in a conversation about what they know and what they do on Thanksgiving.

Use it as a great addition to the previous lesson or by itself!
If you think it's too complicated for your students, it's really easy to adapt it so it matches your students' level.
Just ask them to say 2 or just 1 thing for each category.
Or let them pick their 3 favorite questions instead of answering all of them.
Provide some examples, and you'll be all set! 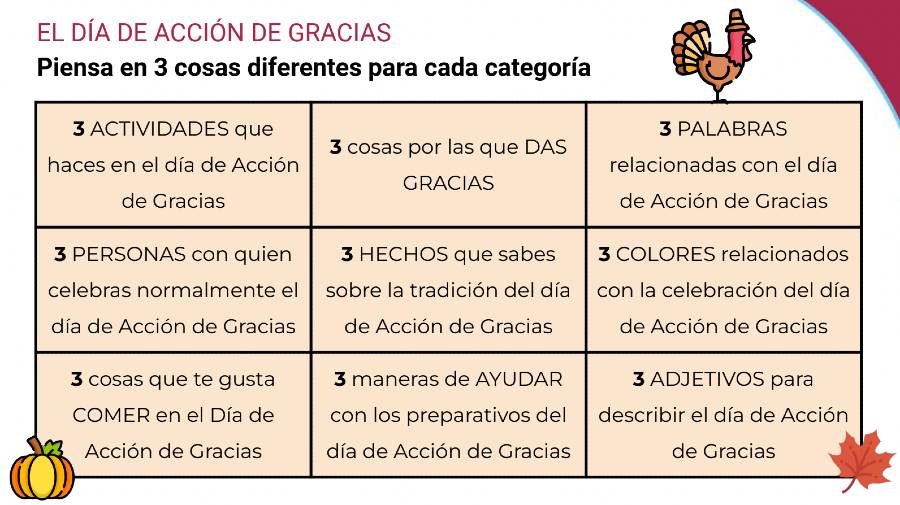 This is the perfect time of the year to talk about families in the Spanish class.
Explore these lessons to help students describe their families! 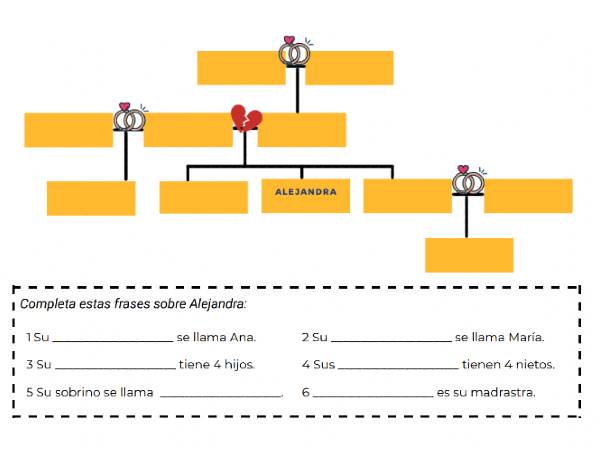 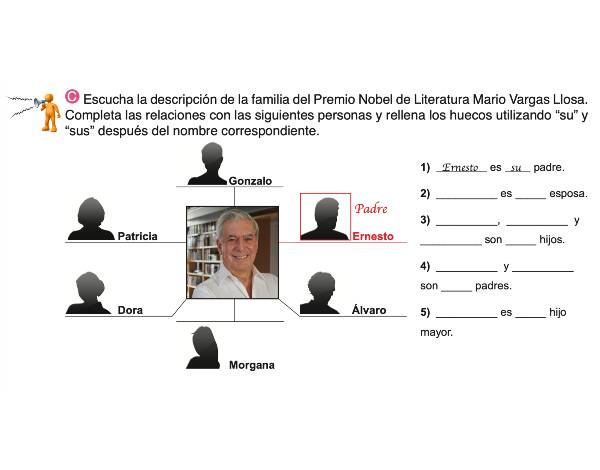 Fill out this form

Stop receiving messages at any time with just one click

A free lesson for you

Enter your info. Get a full lesson (video + activities). Enjoy.